You don't have any saved vehicles!

Look for this link on your favorites:

Once you've saved some vehicles, you can view them here at any time.

Below are some additional Toyota related resources for your convenience.

TOYOTA OPERATIONS IN THE UNITED STATES 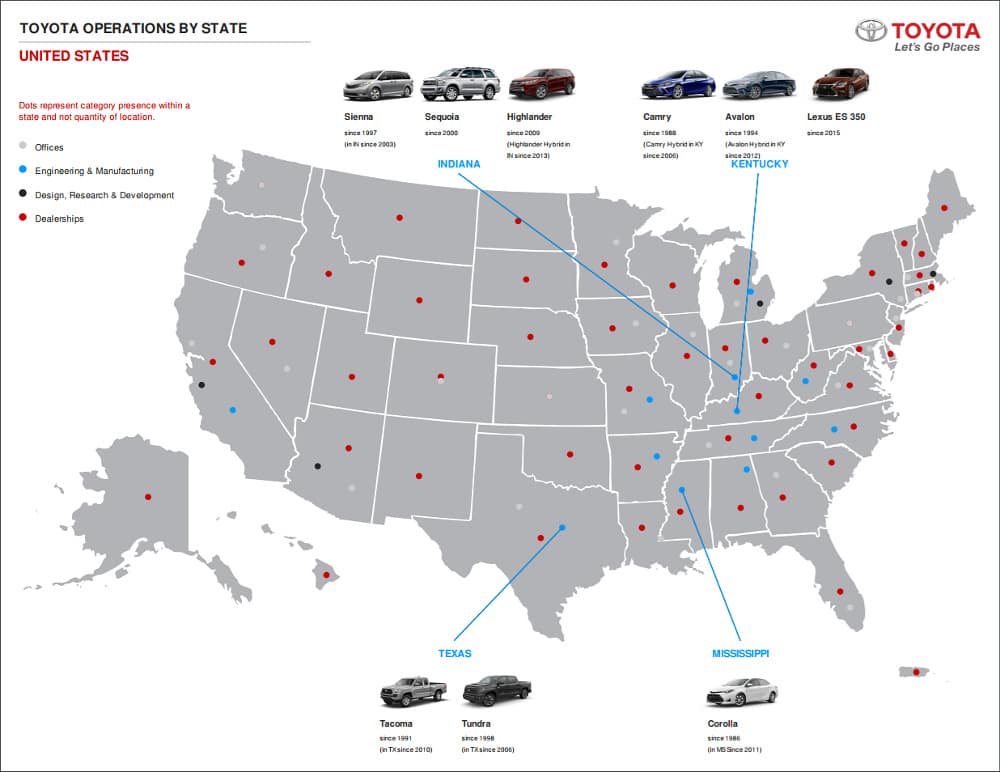 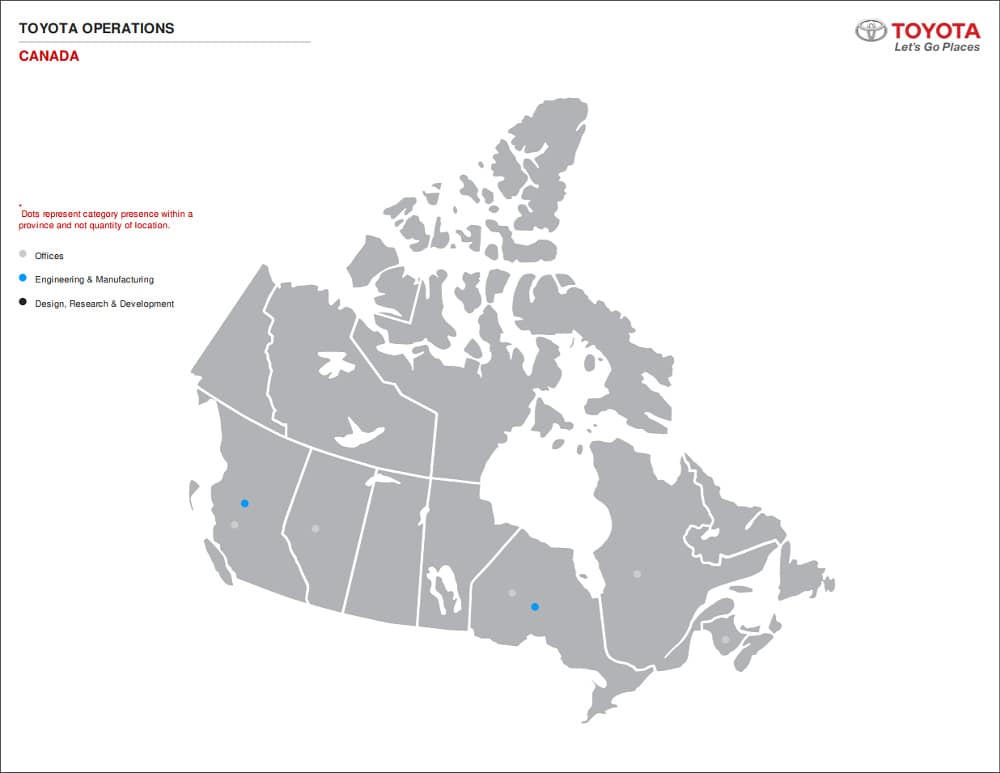 TCI oversees all divisions of Toyota?s sales, marketing, parts, service, Lexus, and Industrial Equipment operations in Canada. TCI zone offices coordinate Toyota vehicle sales, parts and services for dealers in ten provinces and one territory. There are 239 Toyota dealerships across Canada, of which 226 are exclusively Toyota and 13 are Toyota/Lexus. Established in 1964, TCI is headquartered in Toronto, Ontario with zone offices in Alberta, British Columbia, Nova Scotia, Ontario and Quebec.

CAPTIN is responsible for the design, development and manufacturing of aluminum wheel products for Toyota. Established in 1983, CAPTIN has a manufacturing plant in Delta, British Columbia.

Established in 1986, TMMC has manufacturing plants in Cambridge and Woodstock, Ontario. The Cambridge plant builds the Corolla, Matrix and Lexus RX 350 for North America. It is the first plant outside of Japan to produce Lexus vehicles. The Woodstock plant builds the RAV4.

Toyota’s first cold-weather facility outside of Japan is used primarily to test the operation of Toyota products in sub-zero conditions. Built by TCI in 1998, this facility is located in Timmins, Ontario.

A consolidated subsidiary of Hino Motors in Japan, a subsidiary of Toyota. HMC assembles markets and sells Hino light and medium-duty trucks in Canada. A Toyota Group company since 2001, HMC is headquartered in Mississauga, Ontario, with regional sales offices in Alberta and Quebec, and an assembly plant in Woodstock, Ontario. 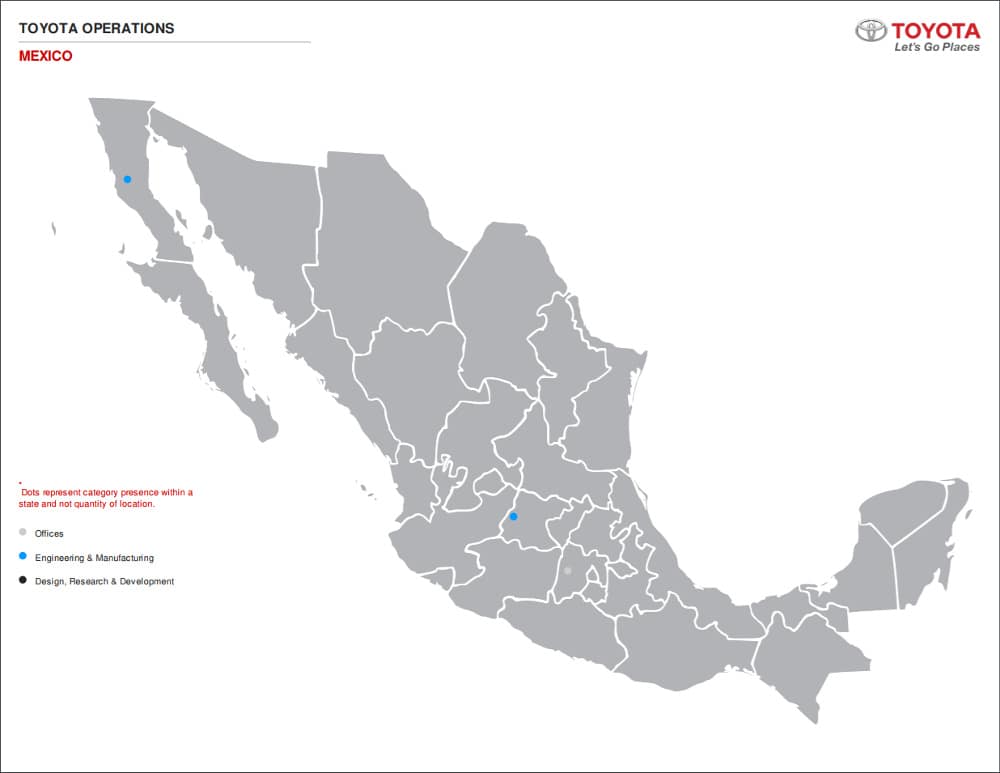 TMMBC builds Tacoma pickup trucks and Tacoma truck beds. The truck beds are used in production both at TMMBC and NUMMI. TMMBC was established in 2002 and has a manufacturing plant in Baja California, Mexico.

You don't have any saved vehicles!

Look for this link on your favorites:

Once you've saved some vehicles, you can view them here at any time.